The BoP Global Network is led by the Enterprise for a Sustainable World (ESW), a non-profit and independent organization founded by Dr. Stuart Hart in 2005 and dedicated to achieving global sustainability by helping corporations make the transformation toward becoming a sustainable enterprise. 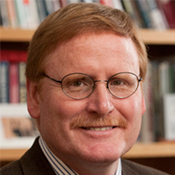 Stuart L Hart is the President and Founder of Enterprise for a Sustainable World (ESW).

Stu is one of the world’s leading authorities on the implications of environment and poverty for business strategy. He has published over 70 papers and authored and/or edited seven books, with over 10,000 Google Scholar citations. Hart wrote the seminal article “Beyond Greening: Strategies for a Sustainable World,” which won the McKinsey Award for Best Article in the Harvard Business Review in 1997, and helped launch the movement for corporate sustainability. With C.K. Prahalad, he also wrote the path-breaking 2002 article, “The Fortune at the Bottom of the Pyramid,” which first articulated how business could profitably serve the needs of the four billion poor in the developing world.

His best-selling 2005 book, Capitalism at the Crossroads (Wharton School Publishing) was recognized by Cambridge University as one of the top 50 books on sustainability of all time. A third edition of the book was published in 2010. With Ted London, Hart is also the author of a newly released book entitled Next Generation Business Strategies for the Base of the Pyramid. In this book, Hart and other leading BoP thought and practice leaders show how to apply second-generation BoP innovations, techniques, and business models to build successful and sustainable BoP businesses.

He has served as consultant, advisor, or management educator for dozens of corporations and organizations including Dupont, S. C. Johnson, General Electric, Baxter Healthcare, Wal Mart, the World Economic Forum, and the Clinton Global Initiative. He is an internationally recognized speaker and has delivered hundreds of keynote addresses on the topic of sustainable business around the world. 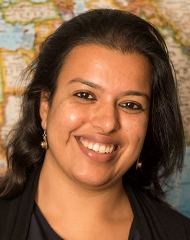 is the Director of Strategic Initiatives at Enterprise for a Sustainable World. She has over seven years of experience in technology, management consulting and business development for the corporate sector and for social enterprises working with the rural and urban poor. Priya joined ESW from the World Bank where she served as a private sector development specialist.

Priya¹s experience at the BoP includes fund management and advisory services for microfinance in Africa, enterprise creation for the informal waste sector in the Philippines, Brazil and Peru, design and implementation of a pilot Ultra Poor Initiative with the largest tribal group in India, design and implementation of a Ranking System for Indigenous Groups in the Latin America and Caribbean region among others.

Priya is also the Director of Strategic Initiatives at the Emergent Institute which was formed in 2011 as an ecosystem to increase the success of “green leap” ventures. Priya holds an undergraduate degree in Electronics and Telecommunications from University of Pune and an MBA from Cornell University’s Johnson Graduate School of Management. 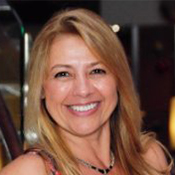 is the Director of the BoP Global Network for Enterprise for a Sustainable World. She is also the President of Global Social Impact (GSI), an indendent, non-profit organization focused on the promotion of social and sustainable enterprise in Brazil.  Previously, she spearheaded an initiative at the William Davidson Institute (WDI) to expand its activities into Brazil. In this role, Andrea lead the WDI Social Enterprise activities in the country and developed relationships with corporate, governmental and NGO organizations to support WDI’s growth in the region.
Prior to joining WDI, Andrea worked for more than 10 years in leading global organizations doing business in Brazil (Credit Lyonnais, IBM and Microsoft) as an IT professional and later as a manager responsible for building relationships across a diverse set of industries. Andrea also volunteers her time with the American Red Cross in Michigan and was a recipient of their volunteer of the year award in 2006 for her key role in rolling out a new ERP system and her exhaustive work in generating local resources to support Hurricane Katrina recovery efforts.

Andrea holds a BS degree in Information Technology from Mackenzie University in São Paulo, Brazil, along with a BA degree in Design and Communication from the Panamerican de Artes, also in São Paulo.  She also received her MBA degree from Eastern Michigan University in Ann Arbor, MI. 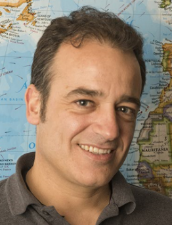 is the Associate Director of the Enterprise for a Sutainable World’s BoP Global Network. A Ph.D. economist and journalist specializing in projects related to economic and sustainable development, he has worked as strategic advisor to a variety of international organizations (such as UNDP, UNIDO, UNDSD, UNEP, OECD, IADB and the World Bank) and has been the general coordinator of UNDP’s Millennium Development Goals initiative in Spain. He has also worked as a Senior Consultant in the Department of Sustainable Development and Social Responsibility at PricewaterhouseCoopers (PwC) in New York.

Currently, he is the founder and Director of the Centro de Alianzas para el Desarrollo (www.globalcad.org) and the Academic Director of the Laboratory for the Base of the Pyramid in Spain. He is a professionally accredited partnership broker (Partnership Brokers Accreditation Scheme) and a certified  Master Trainer of the IFC-SME Toolkit of the World Bank.